Importance of Ballot Issues to Employers this November 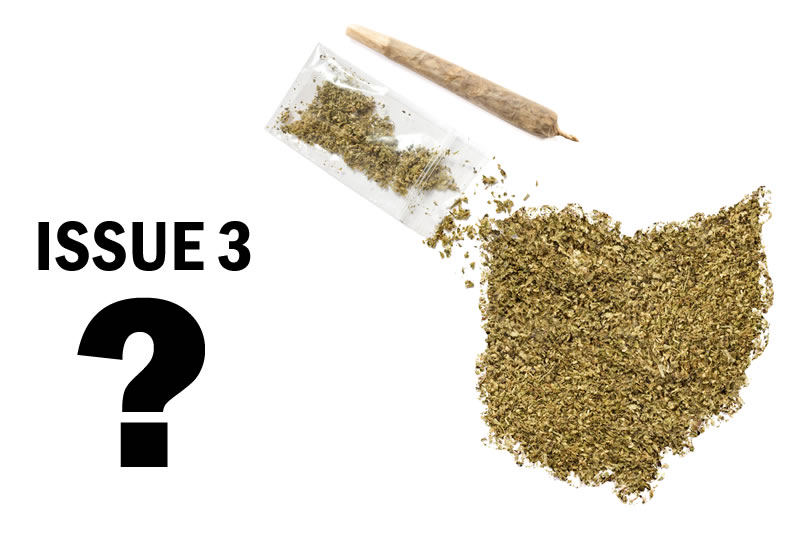 When Ohio voters go to the election polls this November, they will face two competing ballot measures – Issue 2 and Issue 3. Issue 2 is a legislature-referred constitutional amendment seeking to amend the Ohio Constitution to eliminate citizen initiatives having the potential to create a monopoly. Issue 3 seeks to amend the Ohio Constitution by creating a monopoly for 10 specific property owners as well as legalizing marijuana for recreational and medical use. If Issue 2 is approved this November, the language in Issue 2 seems to invalidate any initiatives that voters might approve on the ballot having the ability to establish a monopoly. By all appearances, if Issue 2 is passed, it would invalidate the marijuana legalization initiative – Issue 3. However, there is wide disagreement as to whether the passage of Issue 2 effectively invalidates Issue 3, even if Issue 3 is approved by voters. Presumably, legal action will ensue if the two ballot measures both pass.

Issue 3 is known as the Ohio Marijuana Legalization Initiative which has been backed and supported by a campaign group named ResponsibleOhio. The initiative allows for ten specific grower /seller properties of marijuana in the following counties: Butler, Clermont, Franklin, Hamilton, Licking, Lorain, Lucas, Delaware, Stark, and Summit. Conveniently, these ten grower /seller properties have investors who agreed to donate $2,000,000 each to the campaign to get Issue 3 approved by the voters in Ohio. If approved, Issue 3 will essentially legalize the sale and use of recreational and medicinal marijuana in Ohio. It also has the effect of conferring upon the investors in those 10 specific properties the exclusive rights to commercially grow marijuana plants in Ohio.

As with any ballot measure, there are those who favor and those who oppose. Those who oppose Issue 3 are predominantly employer groups such as the Ohio Chamber of Commerce. Not surprising, many employers are concerned about how the workplace will be affected if marijuana is legalized. Employers fear the increase of workplace injuries, safety of all employees as well as negative behavior and conduct due to employees being under the influence of marijuana in the workplace. These are very valid concerns and are similar concerns voiced by employers in states where marijuana was previously legalized. To sway those concerns, most courts have acknowledged the unique problem faced by employers who must comply with not only their respective state law that legalizes marijuana, but also federal law. Under federal law, the use, possession, etc. of marijuana is illegal – no exceptions.

Marijuana is classified as a Schedule I Controlled Substance in the same category as cocaine, LSD, heroin, and ecstasy. Physicians are prohibited from issuing prescriptions for Schedule I controlled substances. The U.S. Congress placed marijuana in this category because it was considered to have “no accepted medical use.” Now, 23 of 50 U.S. states and the District of Columbia have legalized the medical use of marijuana and four states have approved the recreational use of marijuana.

What is an employer to do if Ohio law legalizes marijuana but federal law considers it illegal? Because the majority of employers, with very rare exceptions, must follow federal law, an employer can still maintain a policy of zero tolerance with respect to a positive marijuana test. However, if Issue 3 passes, then employers do need to review employee handbooks or other drug use policies to make sure the policies clearly state the prohibition is with respect to all drugs deemed illegal by state or federal law.

Employers also need to continue to focus on the danger employees pose to the workplace if they test positive for marijuana. Courts that have dealt with the issue of legalized marijuana in other states have consistently favored employers and policies regarding prohibiting an employee to work in violation of drug testing policies. The most recent case concerned a quadriplegic in Colorado who was using medical marijuana to alleviate pain and seizures related to his paralysis. He was selected to undergo random drug testing, tested positive for marijuana and was terminated under the company’s policy. Despite his use of marijuana was for medical purposes, the Colorado Supreme Court upheld the employer’s decision to terminate the employee. Again, the Court determined federal law still deems marijuana illegal and the employer is required to comply with federal law. While it is impossible to predict exactly what Ohio courts will do when faced with a similar conflict between state and federal law, the overwhelming majority of courts continue to find employers are justified in maintaining a zero tolerance policy.

Renisa Dorner is a partner with the Toledo law firm, Spengler Nathanson. She holds the AV-Preeminent distinction from Martindale-Hubbell and has been representing employers in employment-related legal matters for over 25 years. Her practice has included representation on issues concerning OSHA, FMLA, ADA, FLSA, OCRC and a host of other laws and agencies. Ms. Dorner provides presentations regarding many different subjects throughout Ohio, most recently on the issue of the legalization of marijuana in Ohio. She is a frequent speaker at HR meetings throughout Northwest Ohio. She can be reached at This email address is being protected from spambots. You need JavaScript enabled to view it. or 419.252.6274.

With the polls tilting in the direction of Issue 3 passing, prepare for the inevitable. CIC can help you manage your Drug Free Workplace Program drug testing. We offer Pre-Employment testing, Random Selection, Reasonable Suspicion, and Post Accident Testing. Our nationwide network of labs gives us coverage convenient to most locations. We would be happy to help you with your drug testing needs. For more information about this article, please contact our offices at 1.800.573.2201 / 419.874.2201.