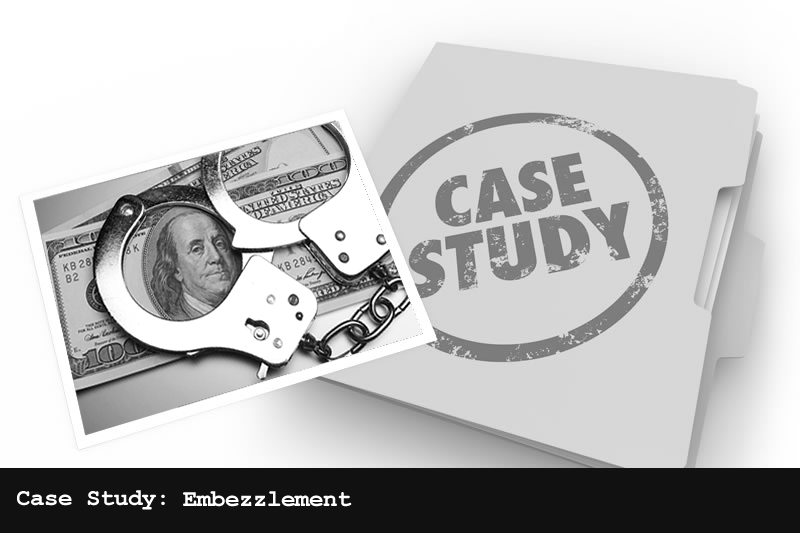 The following is a true story; the vagueness of the story is done to protect the identity of our client and the people involved in the situation.

We received a call from our client about a potential problem in their company. I met with the President of the company to discuss what he perceived the symptoms of the problem to be.

The outside accountant attended this meeting and laid out some unusual transactions that involved the company’s CFO. Based on the volume of the unusual transactions over a year and a half, we discussed what might be done from an investigative point of view to determine if something illegal was ongoing. The investigative plan that was approved by the company President and blessed by counsel was to include:

When the time came to interview the CFO, we could document about $100,000.00 in expense transactions that were questionable. After some discussion with the CFO he finally admitted that he had been using company money for his own personal gain. When he assisted me in writing his sworn statement he thought that he had perhaps taken as much as $40,000.00 and admitted to me in his statement that he knew what he had done was wrong and wanted to repay the company the money he had embezzled. He initially said that he thought he could make a payment to the company of about $24,000.00 and would have to make payments to pay back the remainder.

The accounting documentation continued for several weeks following the method of operation that had been discovered and admitted to in the sworn statement by the former CFO. When the final tally was made, the total loss was about $300,000.00. There was a total of over 150 transactions in individual checks that were created to embezzle money from the company. This information was turned over to the Prosecutor.

The former CFO plead guilty to numerous charges related to the embezzlement and also the related IRS problems associated with failing to report that income. He was sentenced to more than two years in prison, ordered to pay more than $350,000.00 restitution, and almost $70,000.00 in taxes!

The company President and owner was emotionally devastated that a person that was so closely held and trusted would do this to him and his family. He said, “It’s a shame to think how that money might have been used by the company if it had the money to invest in growth.”