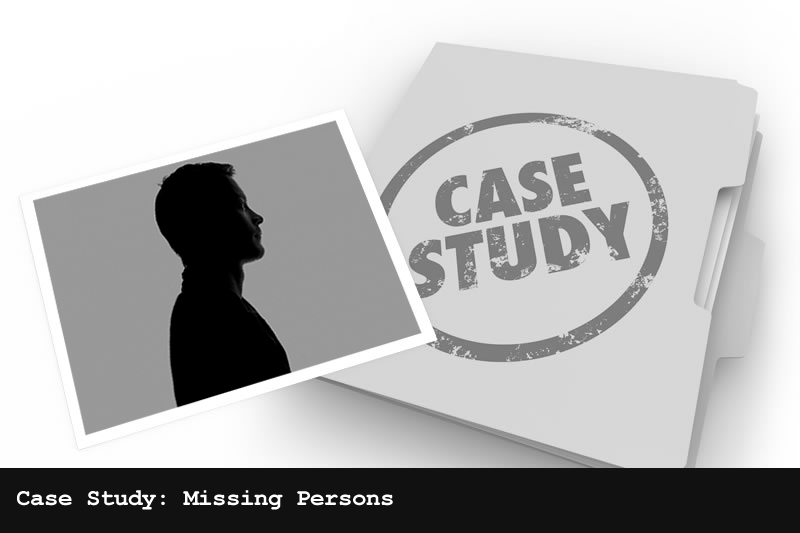 Clients call quite frequently for us to locate people who have become unconnected for various reasons. One such client called to say that her mother had a brief relationship with a man back in 1957 and that she was the result of that relationship. Brought up by her mother and grandmother, she was told that her father was no good, that he had spent some time in prison and that he probably ended up dead.

After hearing her story, we outlined what we might be able to do to find her dad. Since her mother was against trying to locate him, she was of little help. Our client supplied us with a name and approximate age and told us that he had come from the Detroit Michigan area. She also thought she had the name of his brother.

Using that information we contacted the Michigan Department of Corrections and found no one by that name or age that had been incarcerated during the years that she was told he was in prison. We then researched our databases and were able to find a person by that name in the Detroit area. He was the right age and he appeared to have a brother with the same name that our client supplied to us.

With our clients permission, we made contact with the person we suspected was her father and tactfully inquired whether he recalled having a daughter back in 1958. He immediately told our investigator that he did have a daughter and had even tried to find her through his attorney around 1980. The man told our investigator that he was retired but had had a successful career as a contractor. He said that he had never been in prison. He also said that he had been married for 35 years and had 7 children. He went on to confirmed that he had had a relationship with our clients’ mother and would be willing to visit with his daughter if she was agreeable. We shared our findings with our client who decided to call her father. They agreed to meet in a restaurant a month later. Our client told our investigator that at that meeting she also met several of her new brothers and a sister. It was a meeting that she will never forget!

This type of case doesn’t always have such a warm and satisfying ending, but those that don’t at least can bring closure. If you have a situation that requires finding a missing person, please give us a call. Whether it is a personal inquiry or you have a client who needs to locate a missing relative, it is always a good idea to start with CIC, a professional firm whose investigators have the sensitivity to handle the most discreet inquiries.